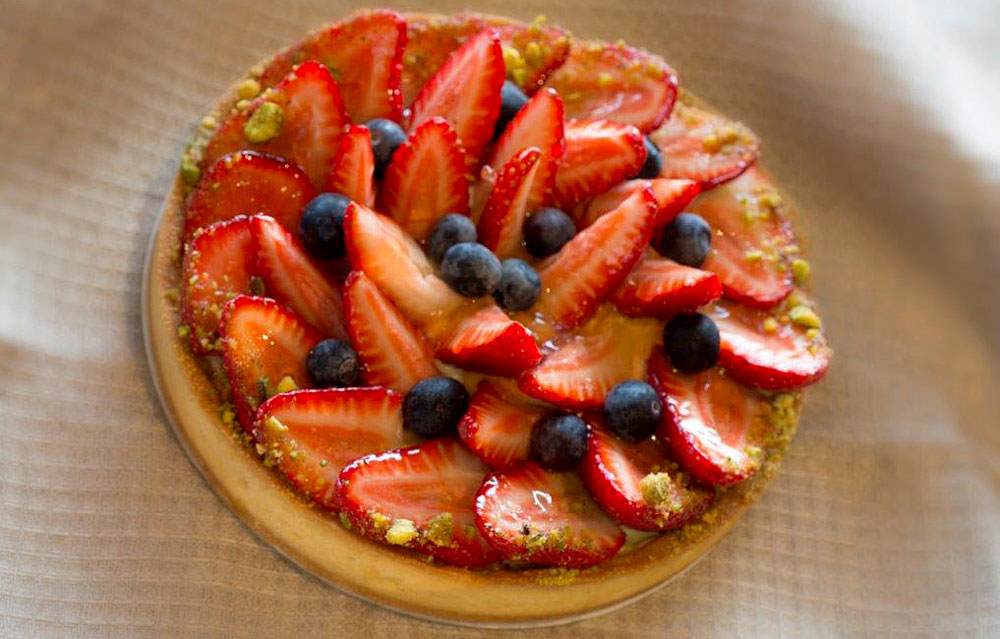 The French Strawberry Tart and How to Make It

French Strawberry Tart is an extremely popular dessert across Australia and now that this delectable fruit is in season, there’s all the more reason to find out a little about its history and how you can make it. One of the main attractions of this tart is its shortbread crust and vanilla custard combination that has the most amazing topping of strawberries treated in a hundred different ways.

Fruit tarts are always popular, but there is something distinctly taste bud-tickling about a French Strawberry Tart. Strawberries are packed with potassium and Vitamin C and 8 berries give the equivalent of half of a medium-sized orange – That’s truly a large amount of Vitamin C. What’s more – they are very low in calories – 1 cupful of strawberries is just 50 calories.

A Peek into History

The other theory (which sounds much more plausible is that tarts were discovered around the time that pies were invented). The primary difference between pies & tarts is that the former were made of very common everyday ingredients and were mainly consumed by the working class. On the other hand, tarts were made with very superior ingredients, were artistically made and it was generally the aristocracy that consumed them.

Strawberries date back to around 2000 years and they appeared right through the Middle Ages across Europe, in the gardens of aristocrats. At this point of time, strawberries also used also for medicinal purposes. Europeans eventually discovered that Native Americans were also cultivating strawberries and using it in their baking and over time, strawberries started showing up in tarts that were made in Europe and France.

We are not too sure whether the French Strawberry Tart is actually French at all, but we love it all the same. Take a look at a classic recipe:

The Crust:
1 1/4 cups of all-purpose flour
1 stick of cold butter- cut into pieces
2 Tbsp of sour cream
2 Tbsp of sugar

Note: Don’t pour syrup over the Strawberry Tart until you are actually ready to eat it. Its best to pour it on the individual servings. And that’s how you make a French Strawberry Tart the classic French way!!