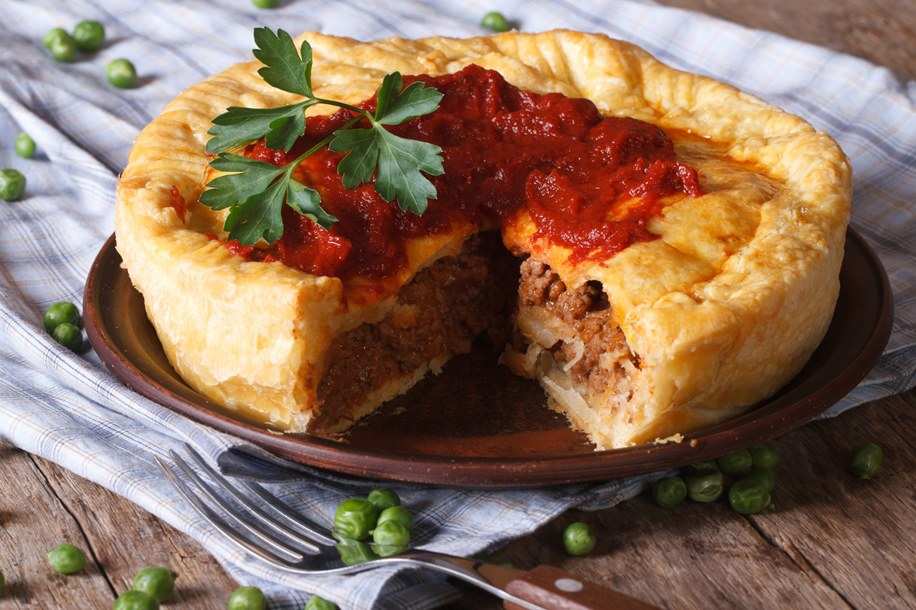 An Australian meat pie is essentially a hand-sized pie that largely contains minced or diced meat and gravy. It may also have mushrooms, onions or cheese and it’s popularly consumed as a take-away food snack. The savoury beef pie is very similar to the U.K’s steak pie. On an average, Australians consume 12 meat pies annually and they are a popular food choice while watching Australian Rules football.

A Peek into Pie History

Meat pies can be traced way back to the Neolithic Period (9500 BC). The diet of the ancient Egyptians’ featured a number of basic pies that were made from oat, rye, wheat and barley – they were filled with honey and then baked over hot coals. Eventually, the Greeks adopted these pies – it was there that the flour-water paste like substance that closely resembled pie pastry was first created – this was then filled with meat and baked.

In Greece, pies were typically cooked/fried under coals. Later, the Romans tasted this delicacy an included it in their diet after making a few changes. As per records kept by wealthy Romans, they used a range of fillings such as meats, mussels, lampreys, fish and oysters. A mixture of flour, water and oil was used to keep it in. This particular ‘pastry’ cover wasn’t really meant to be eaten at all and was just thrown away. In medieval times, this pastry became a staple dish; eventually, it was called “pyes” or “pies”.

Where the Name Came From

Though there are a number of versions about the origin of the name, the most popular one is that it came from the kind of meat that was commonly used as a filling. Duck, beef and lamb was widely used, but people preferred and largely used Magpies – this was the main ingredient. In medieval England, magpies used to be called pies and many historians believe that the pastry dish was dubbed after these birds.

The Italians and French redefined the pie pastry and made it much flakier & tastier – they used various new methods and added butter and then folded and rolled the dough. The North American colonies’ English Pilgrims brought various recipes across the seas and before long, meat pies became popular in Australia and New Zealand too. The current day savoury beef pie uses the same dough that is used in a quiche (for the top and the bottom) and has a very flaky and light puff pastry.

Note: You can also replace the beef with a chicken mix, a vegetable provencale or simple mincemeat. Remember to have enough gravy with the meat otherwise it can go quite dry when baking.